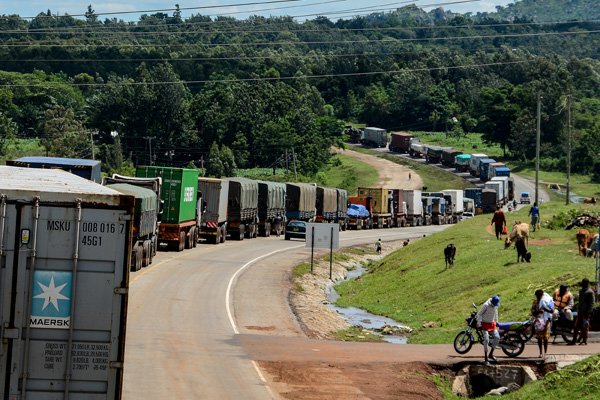 Uganda and Rwanda have recorded a 30 per cent and 32 per cent reduction in trade flows, a new Comesa Statistics on Covid-19 Impact on Trade has shown.

The report released last week was prepared in the first two months (April and May) in which Covid-19 spread to the region.
Malaba, Busia and Entebbe border posts recorded declines in imports of 35 per cent, 28 per cent and 24 per cent, respectively. Imports for the month of May were projected to decline by 20 per cent.
Customs duties
The findings further showed that a reduction in Uganda’s customs duties was listed among the critical challenges faced by the Uganda Revenue Authority with declines of 42 per cent recorded in April compared to March.
“Malaba, Busia and Entebbe recorded declined duties of 43 per cent, 36 per cent and 21per cent, respectively,” the report showed.
This report is part of a series that provides initial results on tracking trade flows in the Comesa region to demonstrate the impacts of the Covid-19 pandemic on trade.

In an interview with Daily Monitor, Mr Ian Rumanyika URA’s manager corporate affairs, said: “Cargo is coming into the country. China is open. It is only Wuhan city that was majorly affected. Talk of industrial cities like Beijing, Guangzhou, and Shenzhen remained forwarding goods.”

He said they have been clearing cargo from all countries such as Japan, India besides China which has never stopped shipping cargo to Africa and Uganda in particular.

Drop in cargo
However, Rumanyika admits that the drop in cargo supplies has been evident in the last two months.

“On average with Covid-19, inflows from Malaba have dropped to about 750 trucks while Busia we clear a total of about 350 trucks. Before Covid-19, URA used to get 900 from Malaba alone every day,” he said.

Cargo cleared
On average before Covid-19, Uganda used to clear about 100 cars every day from Mombasa. But this has since dropped to 15 to 20 units cleared on a daily.